How to deal with Git on our Shared servers

In this article, you will learn how to create local and remote Git repositories. Part of this is how to commit, push and pull files between your local computer and server.

Git is a free and open source version control software. It tracks changes made to the files, and gives you access to all versions of all files in the Git repository at any time. It also allows multiple developers to work simultaneously on one project at the same time using their own branches.

A Git repository (repo for short) is a space where Git stores project files and history of changes made to those files.

While there are a number of GUI (graphical user interfaces) Git clients, we will be using the command line (Terminal on Mac) for the purpose of this guide.

Let's imagine you developed a part of your site on your computer and want to move what you have done so far to our server. You also plan to continue developing the website and keep track of all the changes using Git.

In order to be able to use Git commands, Git needs to be installed first. It is already pre-installed on our Shared servers. To install it on your computer, follow these instructions.

1. We will use the Windows command line/Terminal on Mac to run Git commands. 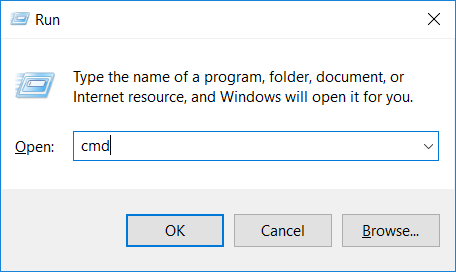 2. In the command line utility (Terminal), go to the folder that contains your website files using:

You can check the content of the folder by running the dir command:

3. To create a new repository, run the git init command:

4. Next, configure the email address and name that will be used for your Git commits. To do that run:

where Your name is the name you want to set and youremail@example.com your real email address.

Right now, your local Git repo and the website files are located in the same directory. But Git will not keep track of those files unless you tell it to do so.
1. Use the git status command to check what files Git sees as new/modified:

2. Next, tell Git what files you want it to add to the commit by using git add command:

3. Once all the files are added, it's time to do the commit. Commit is to record changes to the repository or, in other words, to create a snapshot of the present state of the repository.

To commit, run the following command adding relevant messages to your commits will help you, and other people, find the right commit when required:

By default, Git rejects pushing to the currently checked-out branch of a non-bare repo (pushing to other branches is okay). You can change this by editing a config in the server repository with this command:

To upload all files we previously added to the commit, run the following command on your local machine (Git will ask you to enter the password for the hosting account):

where master is a name of the branch on which the changes will be pushed (master is the default one).

The upload is done. You can go to cPanel >> File Manager >> domain's root folder (or run ls -la in the domains root folder via SSH) to check that the files were uploaded.

In case you edited a file on the server or added a new one, you will need to update your local repo from the remote one. Git uses the pull command to get updates from other repos.

First, add the edited file to commit by running these commands in the remote Git folder:
Then, check what files will be committed:

And commit the file:

In your local Git folder, run:

Step 7. Restore a version of a file/files from a commit

To retrieve a specific version of a file from a commit use: 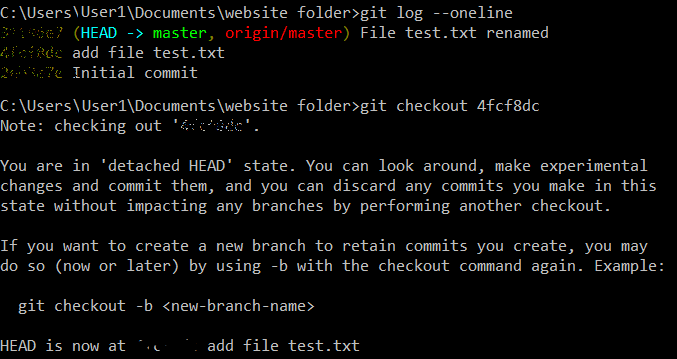 Here, we’ve covered basic Git commands. Git is a powerful tool for collaborative development with many other advanced features. If you are interested in using Git more effectively, here are some resources to get started:

Glossary of commands used in this guide: