The Shadowy Disguises of Social Engineering

We often hear about threats to our online security and assume these are new problems in our digital age. But when you start to examine hacking, phishing, malware, ransomware, and other online threats, there’s something else to consider. Many of these attacks succeed not because of new or flawed technology but instead are thanks to human nature.

Indeed, one of the biggest reasons we cannot completely protect our computers, mobile devices, and online accounts from hackers and other threats isn’t because our technology isn’t advanced enough but because human beings are fallible and tend to want to believe the best in other people, even those we don’t know.

As a result, our humanity means that even the most tech-savvy of us can fall victim to various schemes to gain access to our homes, our bank accounts, our email, and our computers. This is all thanks to a process commonly known as social engineering.

In this article, we’ll examine what social engineering is and some of the things to look out for, as well as basic security measures you can implement to reduce the likelihood of you becoming a victim.

What Is Social Engineering?

To fully grasp what social engineering means, you need to first consider what is normal or “baseline” for where you live or work. When someone does something that deviates from that baseline, they call attention to themselves.

For example, let’s say you work in a casual office environment with a guy named Bill. If one day Bill showed up having shaved his beard and wearing a suit, everyone would notice him and think he was going on an interview. If he didn’t want to be noticed, he might instead leave a change of clothing in the car. On the other hand, if he just wanted the boss to think he had an interview, changing how he dressed could accomplish his goal without having to lie about it.

That may sound nefarious, but in truth, most of us engage in various forms of social engineering all the time.

Imagine a time when you attended a conference or a party and spent money on clothing or jewelry that you wouldn’t have ordinarily purchased so you could look like you “fit in.” Or maybe you changed your accent or speech patterns—even stopped cursing—so people wouldn’t look down on you. Ever scuffed up a pair of running shoes so they wouldn’t look brand new? Put a sticker on your car proclaiming your support of the police in the hopes of not getting a ticket? These are all examples of social engineering, and most of the time it’s harmless.

The problem is, people can use our expectations for what’s “normal” against us, to scam us out of our hard-earned money, gain access to restricted areas at our workplace, or even steal our passwords and gain access to our digital accounts.

It’s these forms of social engineering that we’re going to focus on for the remainder of this article.

How Social Engineering Manifests in Our Everyday Lives

There are lots of ways criminals use social engineering tactics to commit crimes and fraud. People use our expectations against us, sometimes in remarkable ways.

Imagine someone walks up to you in a store wearing a nametag and carrying a clipboard. You’ll automatically assume they’re an employee. If someone comes to your door wearing coveralls and a hardhat, you’ll probably open the door thinking they’re with a utility company. These are examples of people donning a “uniform” to look like they’re fitting in.

Here’s a real-life example of social engineering at work, and how clever a good scammer can get.

A friend (who gave me permission to recount her story) recently got a call from a local bank. The caller told her he wanted to let her know about potentially fraudulent activity on her debit card, and gave the last four digits of her card number. The caller ID listed the name of the bank, so she knew it was legitimate.

He asked if she had made three large purchases in Alabama, and she quickly said she hadn’t ever been there. He told her there was nothing to worry about, as they would dispute the charges. He confirmed the last four digits of her card and expiration date he had on record and then told her they would cancel the card and send a new one to her via FedEx right away.

She looked up her account while he was on the phone and didn’t see the charges, but he explained that they had already removed them. But then he asked for her PIN, the first piece of information he hadn’t provided. She hesitated, but he reassured her that he was from her bank and even told her she could confirm the number he was calling from on their website. He said he needed the PIN to process the fraud investigation.

When she told him she wouldn’t give him her PIN, he hung up on her.

She then called her bank using a number on their official website and they confirmed that there were no such charges on her account. They canceled her card and issued a new one.

What she experienced is a classic social engineering scam, where the caller had just enough details to make his story sound convincing. He probably started with the information on the card itself, which in these days of online shopping isn’t all that hard to come by. Each credit card and debit card number includes information about the issuer, and since it’s a local bank, he learned what city she lived in. He then likely Googled her for her address and phone number. Then, with a little social engineering, he tried to get her PIN, and had he been successful, he could have then used it to withdraw her bank balance.

Many online security threats start with someone poking at your personal digital armor.

If you run a successful blog or online business, if you’re outspoken on social media, or if you’re just unlucky enough to be targeted by someone who wants access to your online accounts.

One of the most famous—and chilling—examples of online social engineering happened to Mat Honan back in 2012.

As a senior staff writer for Wired Magazine, you might expect Honan to be pretty tech-savvy. Yet, due to a string of extremely clever social engineering efforts that involved a hacker making calls to Amazon and Apple customer service, Honan lost access to his Google and Twitter accounts. Then the hacker was able to gain access to his Apple ID and remotely erase all of his Apple devices, though it turned out it was all just a way to gain access to Honan’s three-character Twitter handle.

This is enough to scare anyone. What’s more, hackers aren’t just targeting your personal accounts. If you work for a prominent company, especially one that provides online accounts, health data, or other highly-valued information, at some point you may be targeted by someone trying to access data on your company’s servers.

In an increasingly common attack known as ‘spear phishing,’ these scammers typically send spoofed emails or texts that purport to be from the CEO or other company executive. These messages are designed to prey on either work-place anxiety or our eagerness to please. The scammers’ goal is to get us to click on links or provide information that could compromise our work accounts or innocently give away customer data.

For a recent example, Twitter was the victim of a high-profile hack in July 2020 that allowed a small group of individuals to gain access to the accounts of 130 Twitter users. According to the New York Times and the highly-regarded Krebs on Security blog, the hackers hijacked the accounts of highly desirable usernames (much like Mat Honan’s in the earlier example) that they sold for Bitcoin. They also targeted several celebrity accounts, tweeting messages encouraging the celebrities’ fans to help in fundraising efforts by sending money to a charitable cause—money which actually went right to the hackers.

While the incident is still being investigated by law enforcement, according to Twitter’s official statement,

The social engineering that occurred on July 15, 2020, targeted a small number of employees through a phone spear phishing attack. A successful attack required the attackers to obtain access to both our internal network as well as specific employee credentials that granted them access to our internal support tools. 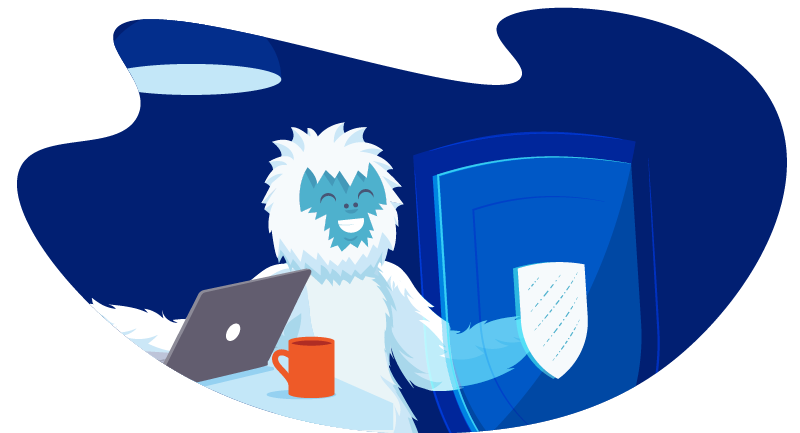 How to Protect Yourself Against Social Engineering Schemes

Social engineering happens all the time, and at some point all of us will encounter someone who is trying to manipulate us for nefarious purposes. Here are some tips that can help guard against the most common attempts.

We know that the topic of social engineering can be a bit scary. Rather than avoid talking about difficult subjects, we at Namecheap believe it’s important you understand how these things work so you can take steps to prevent them happening to you.

And if you or anyone you know has ever been a victim of a social engineering scam and want to share what happened to you, we’d love to hear about it in the comments. Once these things get exposed and we all become aware of them, it’s harder for the scammers to get away with it again in the future.

Jackie has been writing since childhood. As the Namecheap blog’s content manager and regular contributor, she loves bringing helpful information about technology and business to our customers. In her free time, she enjoys drinking copious amounts of black tea, writing novels, and wrangling a gang of four-legged miscreants. More articles written by Jackie.

Why a VPN is a traveler’s best friend

Andrew A. |  May 24, 2022
5 min read
0
Comments
Get the latest news and deals Sign up for email updates covering blogs, offers, and lots more.
I'd like to receive:

Namecheap Turns 20 — Save Big on our Birthday