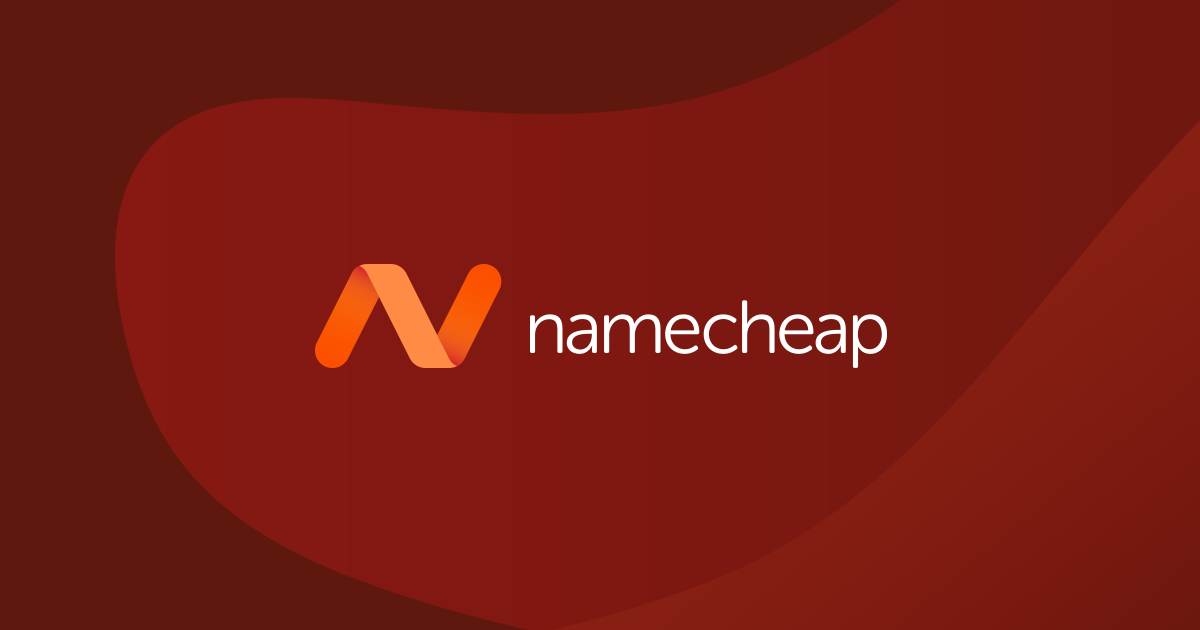 We say NO to #SOPA (our official stance)

Since the news broke today that one of our competitors wholeheartedly supports the proposed Stop Online Piracy Act (SOPA), many of you have asked us about our position on the matter.

Let us be clear:  Namecheap is not in favor of SOPA as it has been proposed.

Why are we against the proposed SOPA legislation?  It’s very simple; at Namecheap, we believe in internet freedom.

When you register a domain name, you can do anything you wish with it within the confines of the law.  That is the essence of the Internet; the ability for anyone anywhere to make a meaningful contribution to the commons, and to have that contribution recognized.  We’re proud to be a very small part of the wonderful things that our users have created online.
SOPA, as proposed, would give unprecedented remedies to owners of intellectual property.  While protection of the intellectual property is important, to allow overbroad and ill-considered remedies and processes such as those contained within SOPA threatens the very freedom that serves as the foundation of the Internet.

If SOPA passes in its current form, the rights of users (who are the Internet) will be wholly and totally subjugated to the rights of intellectual property holders.  This simply cannot stand.

We applaud those who oppose SOPA and are proud to join their ranks.
Our CEO, Richard Kirkendall, has also made the following statement:

While we at Namecheap firmly believe in intellectual rights, SOPA is like detonating a nuclear bomb on the internet when only a surgical strike is necessary. This legislation has the potential to harm the way everyone uses the Internet and to undermine the system itself. At Namecheap, we believe having a free and open Internet is the only option that will continue the legacy of innovation and openess that stands for everything we all value in our modern society.

We are also don’t agree with SOPA, like Namecheap states Internet; the ability for anyone anywhere to make a meaningful contribution to the commons, and to have that contribution recognized

Thank you for your opinion and your self-adding to the list of companies that do NOT support SOPA. Personally, I feel that SOPA is a bill that should never be passed. The day I saw the website that asked everybody to stop SOPA was the day I got a big shock when I knew what was happening. Assuming that all websites get censored, people from all over the world would be suffering. Maybe people’ll say it’s a good break, but many of these people solely rely on PPP, PPC and GPT sites for their income. Yes, they could get a… Read more »

Very well said!
I’m also proud to be one of the many people that are against SOPA.

I just don’t like that it makes webmasters accountable for user-posted content.
In fact, I don’t like ANY of the bill. If you can still access a site by IP, anyone who cares about their piracy will know that IPs with a ping.

if only you guys also stopped legitscript suspensiosn who are same medical industries as behind sopa you would have even more lcients.
yet good call

I’m glad, this is one of the last places that the government cannot fully control. It’s time they step down from their pedestal and realize they are just like us and cannot dictate our lives.

Kudos to Namecheap! We need more patriot businesses to stand up to a repressive administration whose actions only serve to undermine the sacred Foundations of Liberty.

That’s why I love namecheap! I’m against SOPA too! More power to namecheap.

We wholeheartedly support your efforts and have just switched our domain over to namecheap. We’d be happy to grok any data you gather from this transition over at Data Dodo.

I wish more were like you. I realize we need to protect IP but this isn’t the way.

I am proud to have Namecheap as my domain register. Time to push my colleagues in your direction as well.

Hope you guys are ready to help me out move my domains over from GoDaddy to you guys!

Fight the good fight, Namecheap. The Internet is the best invention since the printing press, allowing anyone with a voice to speak to an audience in the thousands or millions just for the tiny costs of hosting. SOPA would destroy Internet commentary on virtually every topic, and passing that bill for the sake of reducing piracy would be almost as ridiculous as passing a bill to stop protecting free speech for the sake of reducing fraud. Of course, people will try to find workarounds even if it does get passed (there’s already a DeSopa Firefox add-on being made), but if… Read more »

Do you have a tool that allows me to mass export my GoDaddy domains to Namecheap?

Matt, we don’t have a tool, but we do have this tutorial: https://www.namecheap.com/support/knowledgebase/article.aspx/876/83/how-to-transfer-a-domain-from-godaddy

You have a new customer because of this! A certain GoDaddy can go and bugger off

Currently a GoDaddy customer. I’ve been with them through thick and thin, but this is the final straw. I’m taking a “wait-and-hope-they-come-to-their-senses” approach, but they seem to be doubling down on their misguided and arrogant stance. I’m out before the new year. I think we all believe in protecting IP and such, but this thing (SOPA) is not the answer. One question for you Namecheap. It’s fine to put out offers and gain customers while everyone boycotts GoDaddy, but at the end of the day, if SOPA passes you have to comply with the law… no matter how much you… Read more »

Standing up for what is right, #NamecheapAreAwesome 😀

Namecheap rocks! Congrats for this decision.

I’m so glad to be a Namecheap customer right now. You guys are amazing. THANK YOU FOR SHOWING GODADDY HOW TO DO BUSINESS RIGHT.

You received 10 of my transferred domains from the Elephant Killers/SOPA Supporters at GoDaddy. Thanks for your stance and best interest in your user base.

WOW… GoDaddy just posted this update response. Seriously? Its like they are ASKING customers to leave!
Update (6:18 PM): GoDaddy seems unimpressed by the boycott so far. They made the following statement to Ars Technica: “Go Daddy has received some emails that appear to stem from the boycott prompt, but we have not seen any impact to our business. We understand there are many differing opinions on the SOPA regulations.”

The Go Daddy SOPA Backlash and the Other Companies that Support SOPA, The Internet Censorship Law | Black Web 2.0

I just want to say… fuck yeah! I was worried I was going to be transferring from you guys, but now I’m doubled down. Rock on, Namecheap.

Thanks for not supporting SOPA. If SOPA fully comes into act, internet will not stay anything like it is now.
We need freedom. Stop SOPA.

This is precisely why I transferred my domains over to Namecheap from GoDaddy. Thanks to ArsTechnica for the heads up on GoDaddy’s support of the incredibly ill thought out SOPA. Thanks to Google for the ability to search for the best place to register domains.

Good job at having the coupon code “SOPAsucks”
Already have 50 domains with you guys but moving over my remaining from GoDaddy!

Domain on GoDaddy? Here’s how, and why, to transfer. | drop your shoulders

[…] for how to move your domains away from GoDaddy. I chose NameCheap as my new registrar; they publicly oppose SOPA, have a great reputation among the tech-knowledgable communities on both Reddit and Metafilter, […]

Congratulations. You just got my business (I’ll be transferring my domains out of GoDaddy within the hour).

Count us in: How people and companies say no to SOPA

[…] say “No” to SOPA for sure. Other big companies who are also say no including HostGator, NameCheap, Cheezburger network and more. The point is that exisiting laws are more than enough to control the […]

Well they just lost 200 bux a year, moved all domains.

Thanks, Namecheap! I fully agree with your stance against SOPA and believe it’s bad legislation.

The Pirate Party of Canada has decided to move all Godaddy held domains to Namecheap because of SOPA.
Thank you for saying NO to SOPA.

GoDaddy supports SOPA, another great reason to leave (or not use) GoDaddy | Chainsaw on a Tire Swing

[…] very pleased with my move, & I expect to be with Namecheap for a long time to come. Oh, and Namecheap is also against SOPA, just like all smart companies should […]

[…] Since GoDaddy’s publicly stated support for SOPA, NameCheap has published their own release reassuring their customers that they are completely against SOPA and are as disappointed in GoDaddy as we are(NameCheap says no to SOPA). […]

[…] Since GoDaddy’s publicly stated support for SOPA, NameCheap has published their own release reassuring their customers that they are completely against SOPA and are as disappointed in GoDaddy as we are (NameCheap says no to SOPA). […]

» Namecheap Blog » We say NO to #SOPA (our official stance) vblog

How to move your domain from GoDaddy to anywhere else #SOPA

[…] EDIT: NameCheap is Against SOPA, here is their official stance. […]

Slashdot and reddit approve of your stance and are sending you more business.

I recently changed my contact details, and now I have to wait 60 days to transfer several of my domains from Godaddy to Namecheap.
Thank you for your statement, Namecheap.

I made the mistake of registering with godaddy for like 10 years. I noticed Namecheap says that you keep your already paid for time.

Im the head tech at an ISP in my bit of the world. Sunny South Africa. We have a bunch of domains with GoDaddy and we will slowly be migrating our domains from GoDaddy to NameCheap.
It wont be a quick process (as we will wait for the domains to get close to their expiry date and move them at their next renewal.)
We lost faith in their corporate responsibility a long time ago.

[…] EDIT: NameCheap is Against SOPA, here is their official stance. […]

Don’t get fooled: the truth about fake reviews

Jackie D. |  Jan 25, 2023
7 min read
0
Comments
Get the latest news and deals Sign up for email updates covering blogs, offers, and lots more.
I'd like to receive: